The government of the U.S. state of Ohio consists of the executive, judicial, and legislative branches. Its basic structure is set forth in the Constitution and law of Ohio.

Notices and proposed rules are published in the ,[6] which are codified in the (OAC).[7][8]

In order to be enacted into law, a bill must be adopted by both houses of the General Assembly and signed by the Governor. If the Governor vetoes a bill, the General Assembly can override the veto with a three-fifths supermajority of both houses. A bill will also become a law if the Governor fails to sign or veto it within 10 days of its being presented. The session laws are published in the official .[9] These in turn have been codified in the Ohio Revised Code.[10] 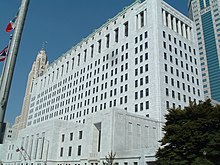 Ohio is divided into 88 counties.[11] Ohio law defines a structure for county government, although they may adopt charters for home rule.[12][13] Summit County[12] and Cuyahoga County[14] have chosen an alternate form of government, while all of the other counties have elected officers that include: three county commissioners (the county board of commissioners),[15] a sheriff,[16] coroner,[17] auditor,[18] treasurer,[19] clerk of the court of common pleas[20] prosecutor,[21] engineer,[22] and recorder.[23] 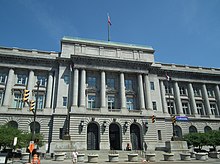 OnAir membership is required.  The lead Moderator for the discussions is James Lillard.
We encourage civil, honest, and safe discourse.  See Terms of Service for curation guidelines.

This is an open discussion on the contents of this post.